The weekend before last we were in Sheffield to pick up our new car and as someone was excited to immediately go for a drive, he suggested we pop to Harvey Nichols in Leeds for lunch (not going argue!)

We had a short wait for a table as we wanted to eat from the lunch menu, and as the restaurant is within the food hall, it gave us time for a little shop which is always dangerous!

12:00 came round and we were shown to our table

I have to admit, one of the main reasons I always love being there is for the decor – just look at all that gold! 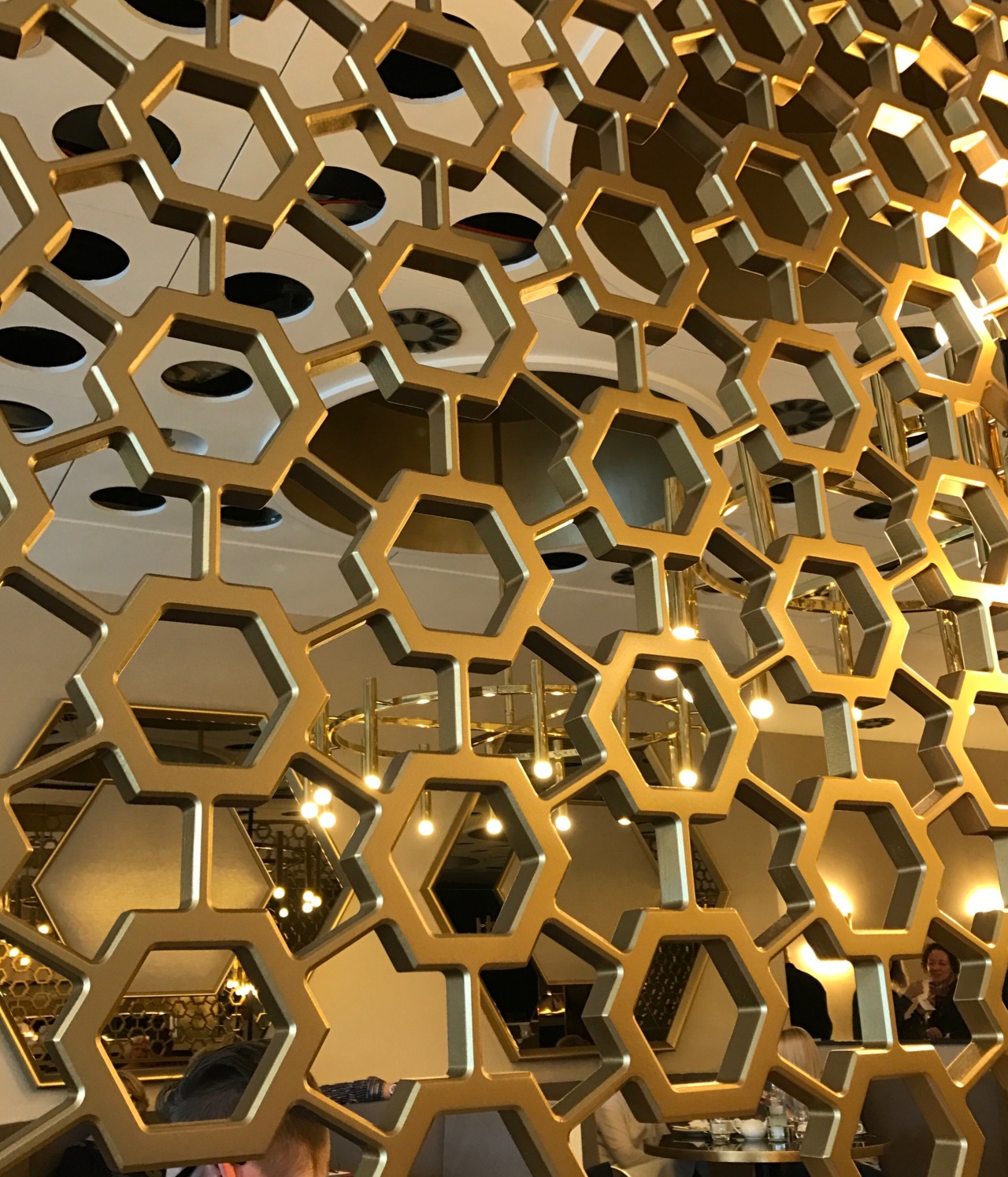 We ordered drinks – Sauvignon Blanc for him, ‘St Germain Boulevard’ for me, which was a mixture of Bombay Sapphire gin, St Germain elderflower liqueur, lemon, thyme & blackberry – so fresh & fruity! 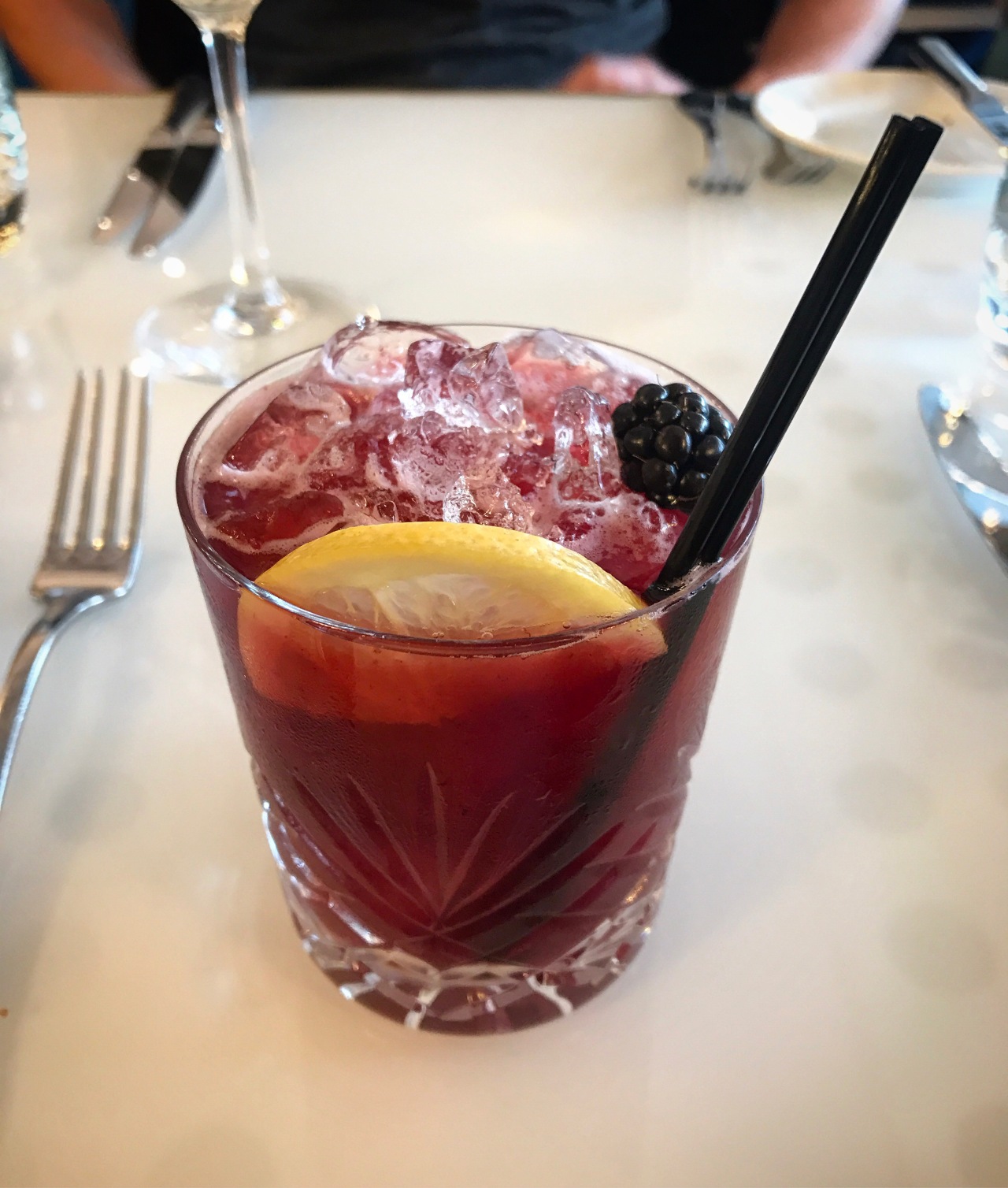 The restaurant offers an a la carte menu and a fantastic value prix fixe lunch – 3 courses for £22, which is what we went for

For my starter I chose the Jerusalem artichoke velouté with cod & fennel brandade. The velouté was light and velvety, with a subtle flavour from the artichoke. The brandade in the centre of the dish consisted of delicate flaked cod, potato and fennel and was piping hot. The whole dish was well seasoned and was served with parsnip crisps which added both colour and texture

Onto mains and I had the pan fried sea bream with crushed potatoes, leeks and a caper & herb dressing. The fish was beautifully moist with a really crispy skin, and it sat atop buttery crushed potatoes and sauteed leeks which were again well seasoned. The sharp tangy dressing really cut through the butteriness and not only prevented the dish from feeling heavy, but worked perfectly with the bream

Dessert just had to be the caramel semifreddo, caramelised banana & brownie crumb!! The semifreddo was amazingly caramel-y and reminded me of caramel ice cream I had as a kid! The caramelised bananas had just the right amount of golden crunch, and although pleasant, I’d say the chocolate crumb was more biscuity in texture than brownie. The dish was decpetively large so it’s a good job I had someone willing to hoover up anything that was left!

As with previous visits we didn’t want to leave, especially as it had started pouring down outside!

Service as always was super efficient and attentive, the food was delicious and the surroundings make you feel like you’re somewhere special – there’s no doubt we’ll be back again!