When we attended Alex Bond’s supper club at Wired Cafe in Nottingham back at the beginning of October, we met a lovely couple who told us about a fish and chip restaurant called The Cod’s Scallops. We got on with them so well we decided to arrange to go out again and where better to go than here! 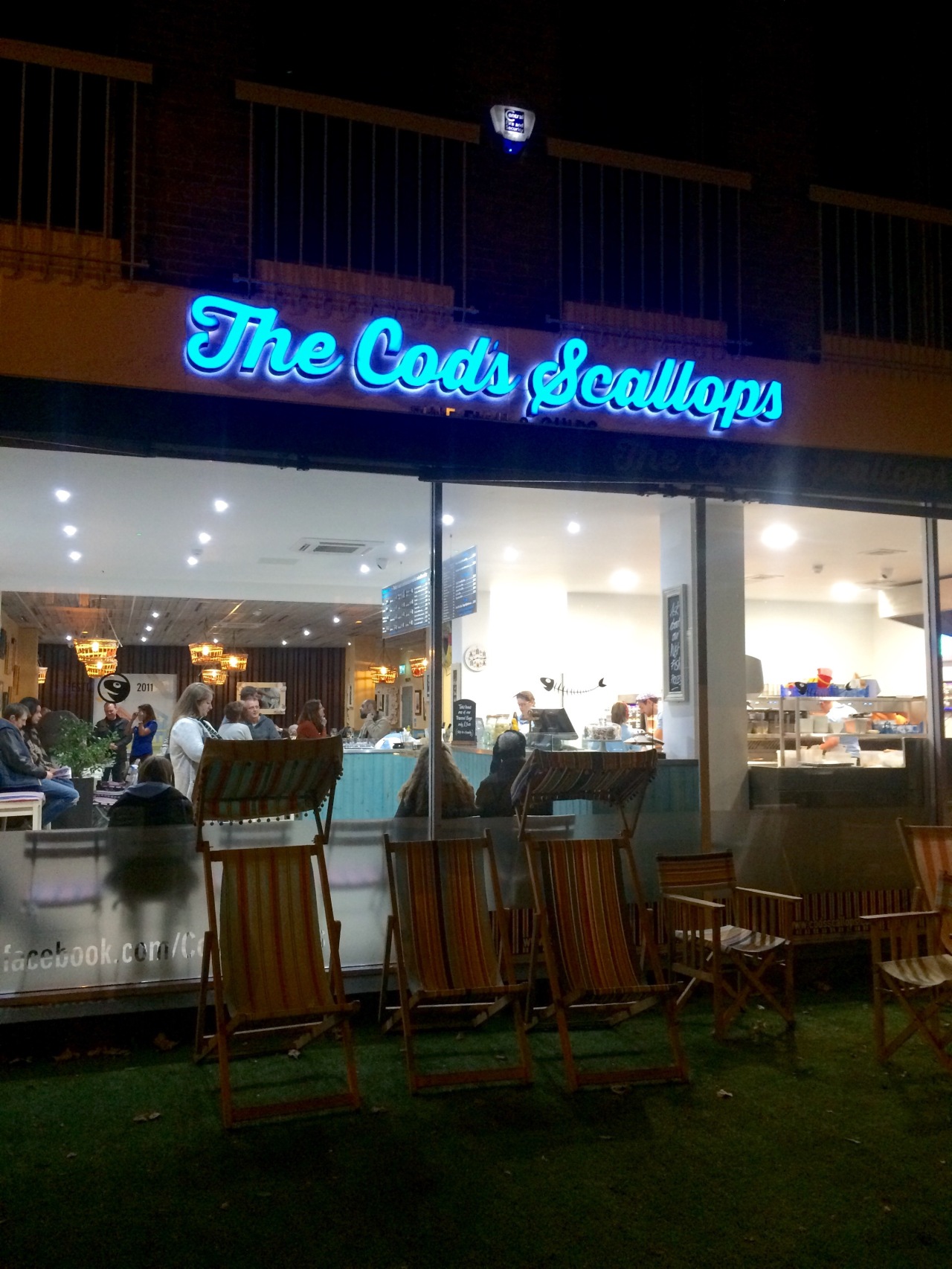 Our friends are regulars at the Sherwood restaurant and advised that as you can’t reserve a table it would be a good idea to meet at 8:15pm when it’s usually a little quieter – when we arrived there were loads of people waiting for take away orders and enough full tables to provide a nice atmosphere. They arrived a few minutes ahead of us and grabbed a table quite easliy 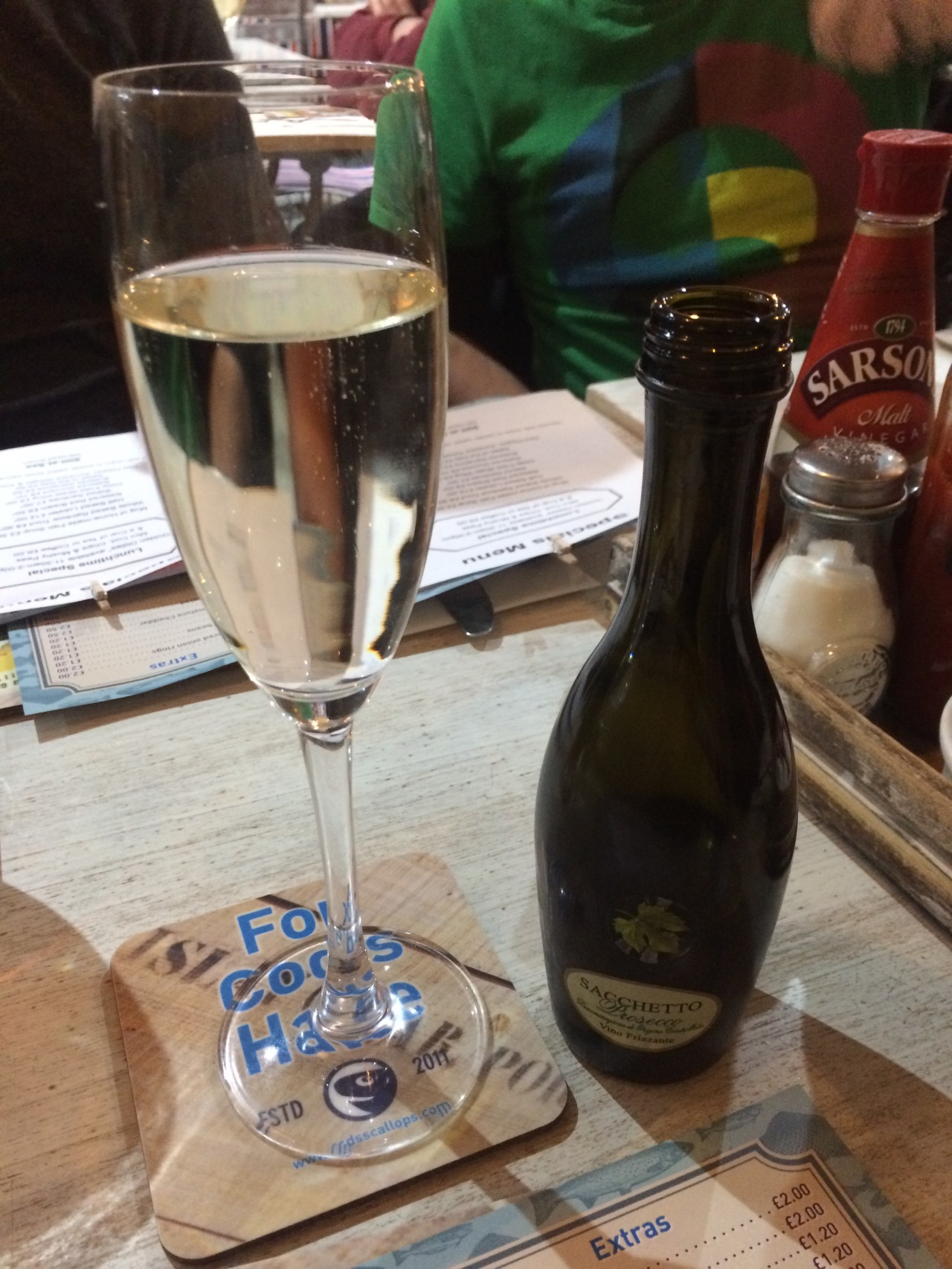 For starters I chose the scallops which are priced individually so you can have as few or as many as you like. You can have them baked or battered – we all opted for baked so you got to taste the scallops themselves. Our friend did comment that the scallops were more over-done than usual, but personally I really enjoyed the seared edges, and they were perfectly springy and just cooked through in the centre 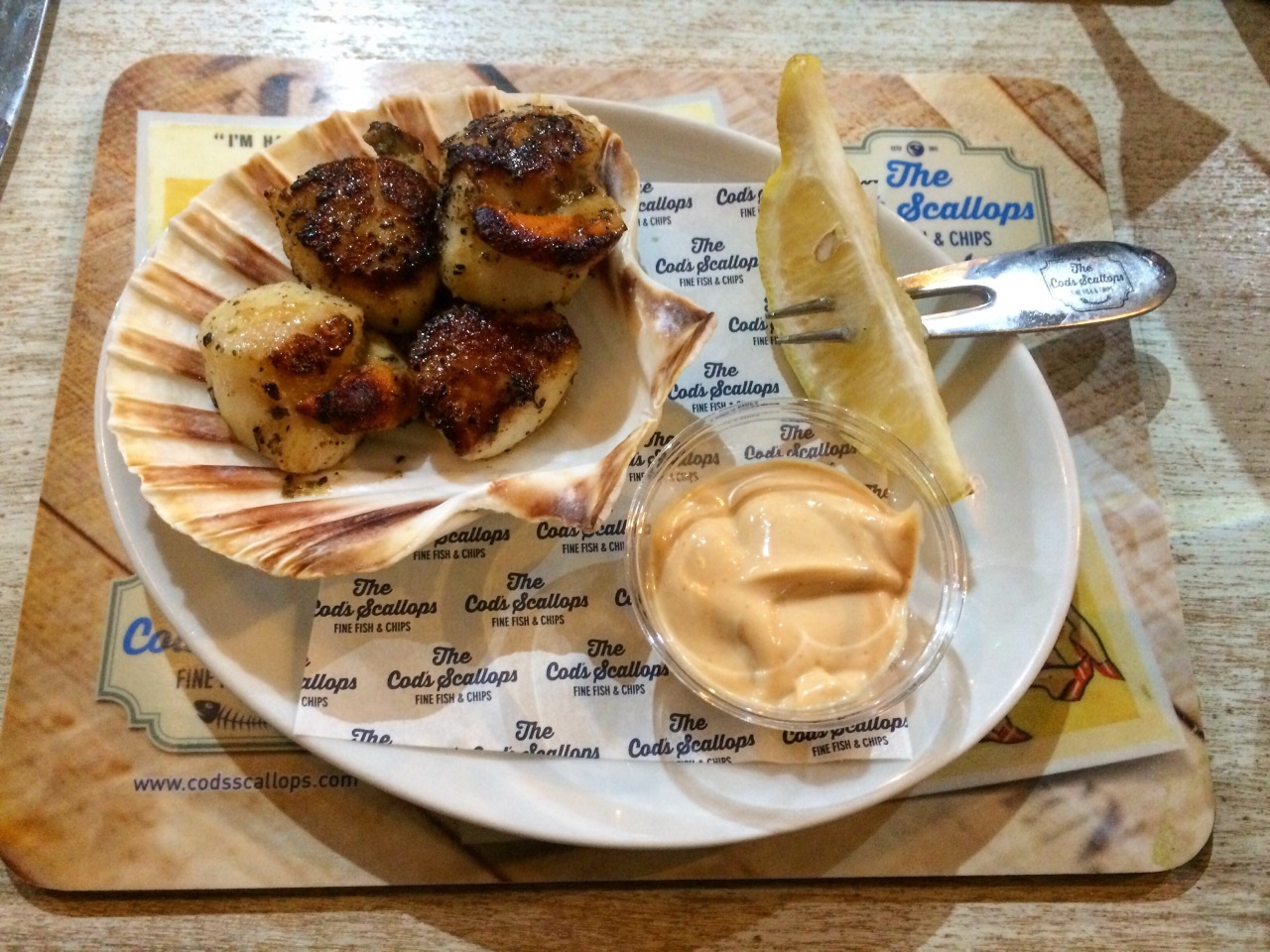 I was intrigued by the battered oysters as I’ve only ever had raw – I really enjoyed these, and having them battered made the flavour of the oyster more subtle. A good squeeze of lemon and a splash of tobasco and they went down a treat 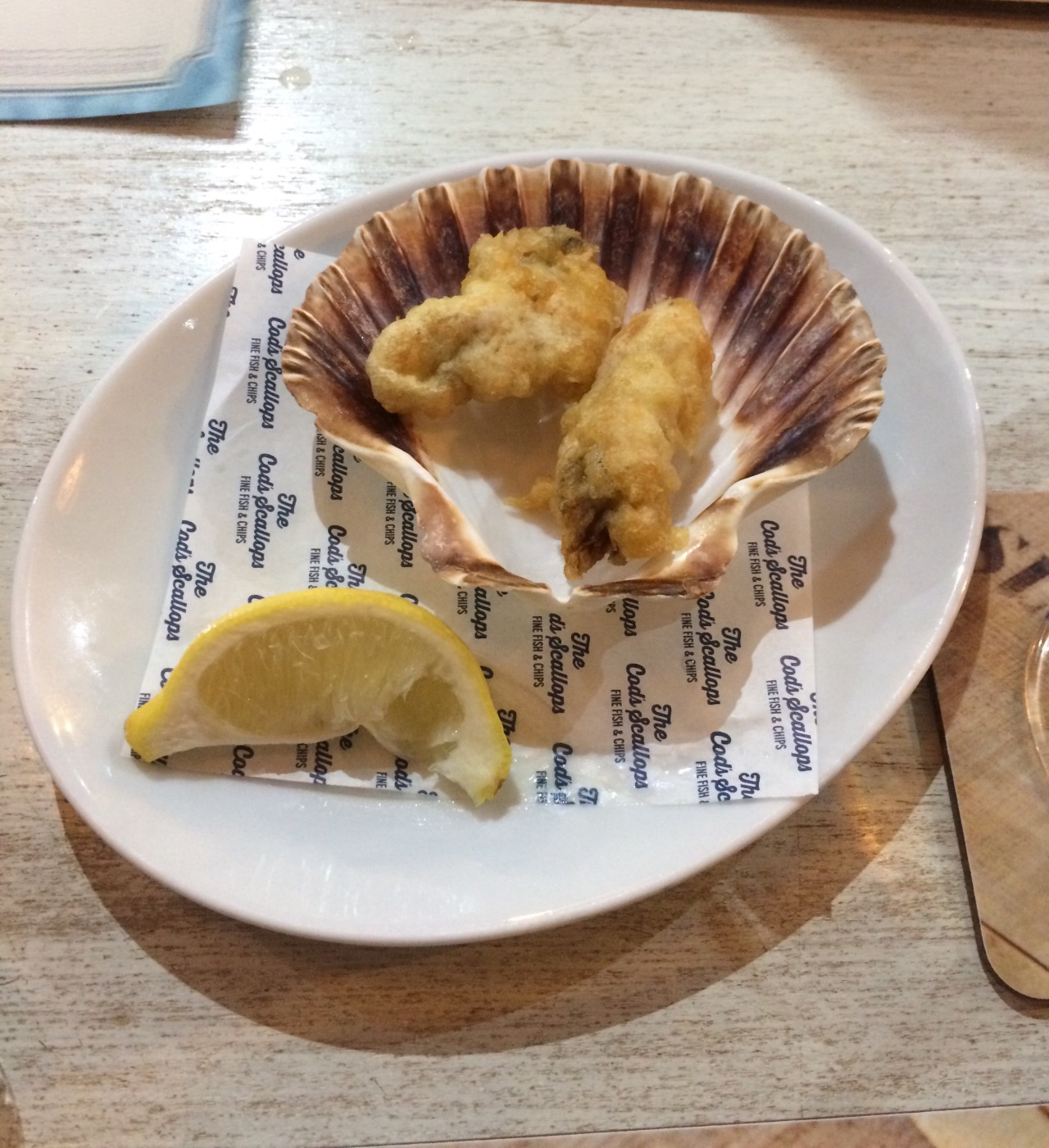 As well as the scallops & oysters, the four of us shared some scampi & fish soup, and the others had a bowl of mussels – although through the passing of plates and mutters of ‘you must try this’, I forgot to take pictures of them! The fish soup was surprisingly hearty and not overpoweringly fishy, and the scampi had a lovely crispy coating. I’m told that the mussels were also delicious but being allergic, I obviously didn’t try these!

For your main course there’s a really great selection of fresh fish, and they can all be battered & deep fried in traditional beef dripping, or baked with garlic, lemon & herbs which is perfect for anyone like my mum who is wheat intolerant and therefore can’t have normal batter. They all come served with either chips or potato salad, and tartare sauce & lemon wedge 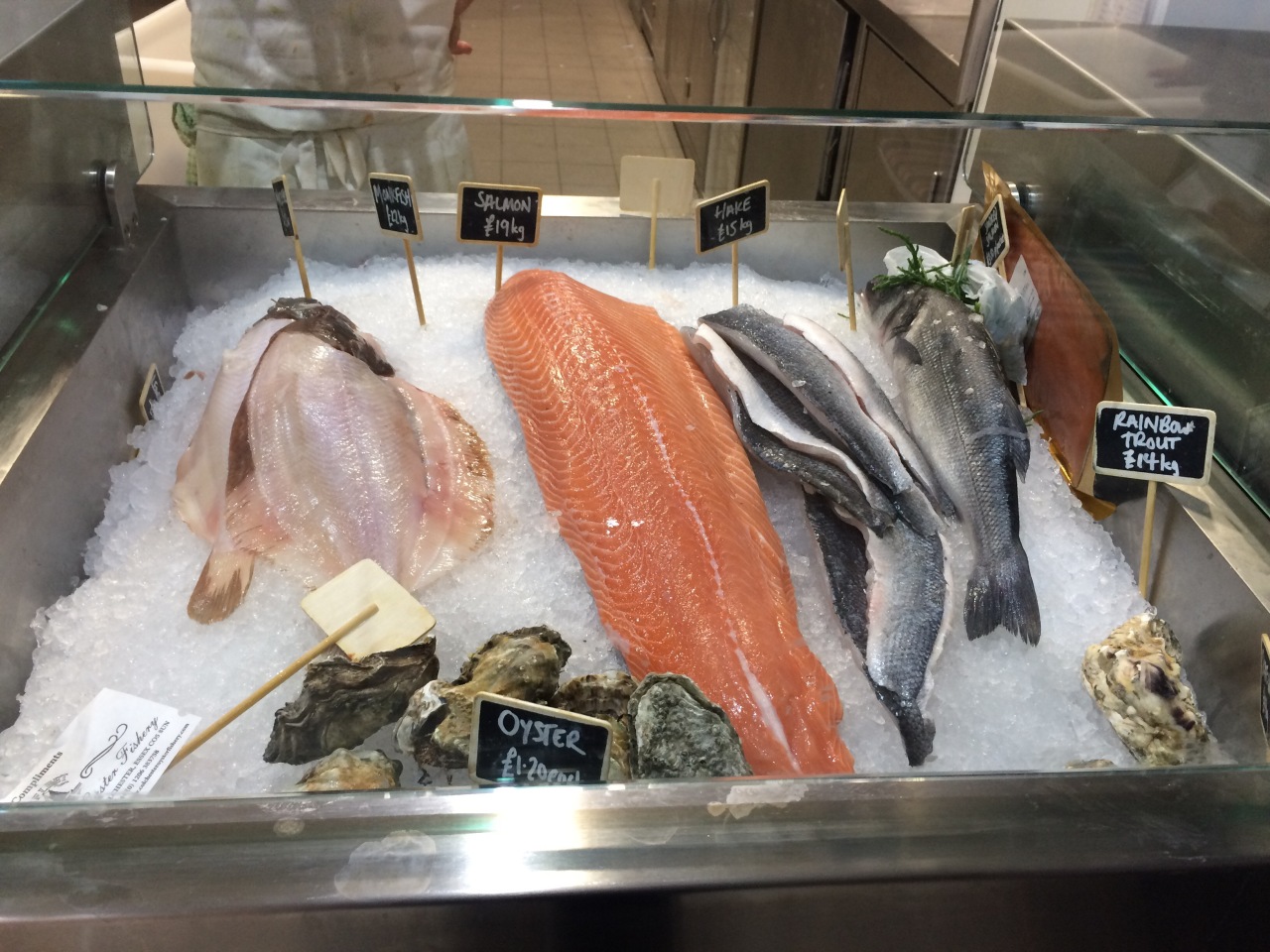 I chose the lemon sole – our waitress advised that as a rule it comes with the head on & bones still in, but offered to remove these for me which was great. The sole was so light and fragrant having been baked not battered, and made a really nice change to just having cod like you would anywhere else. Perfect crunchy chips and mushy peas were the obvious choice for me as my accompaniments

The others had plain hake, smoked hake and bream – all baked – and having tried some of each of them can vouch that they were all as tasty as mine. The smoked hake was especially delicious 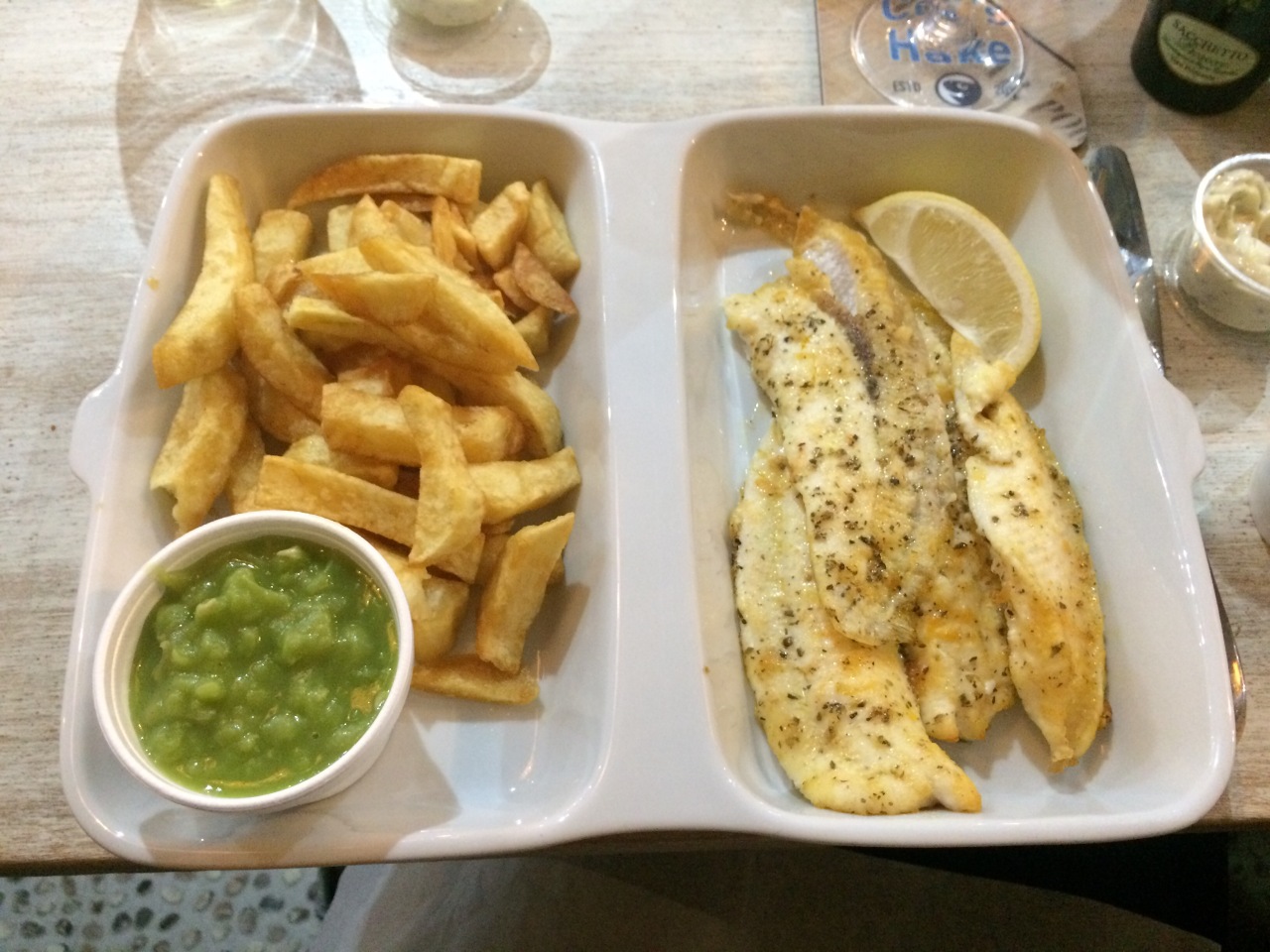 With our fish & chips we also had a plate of samphire, which was a little overdone but I must admit I preferred it to when it’s still hard 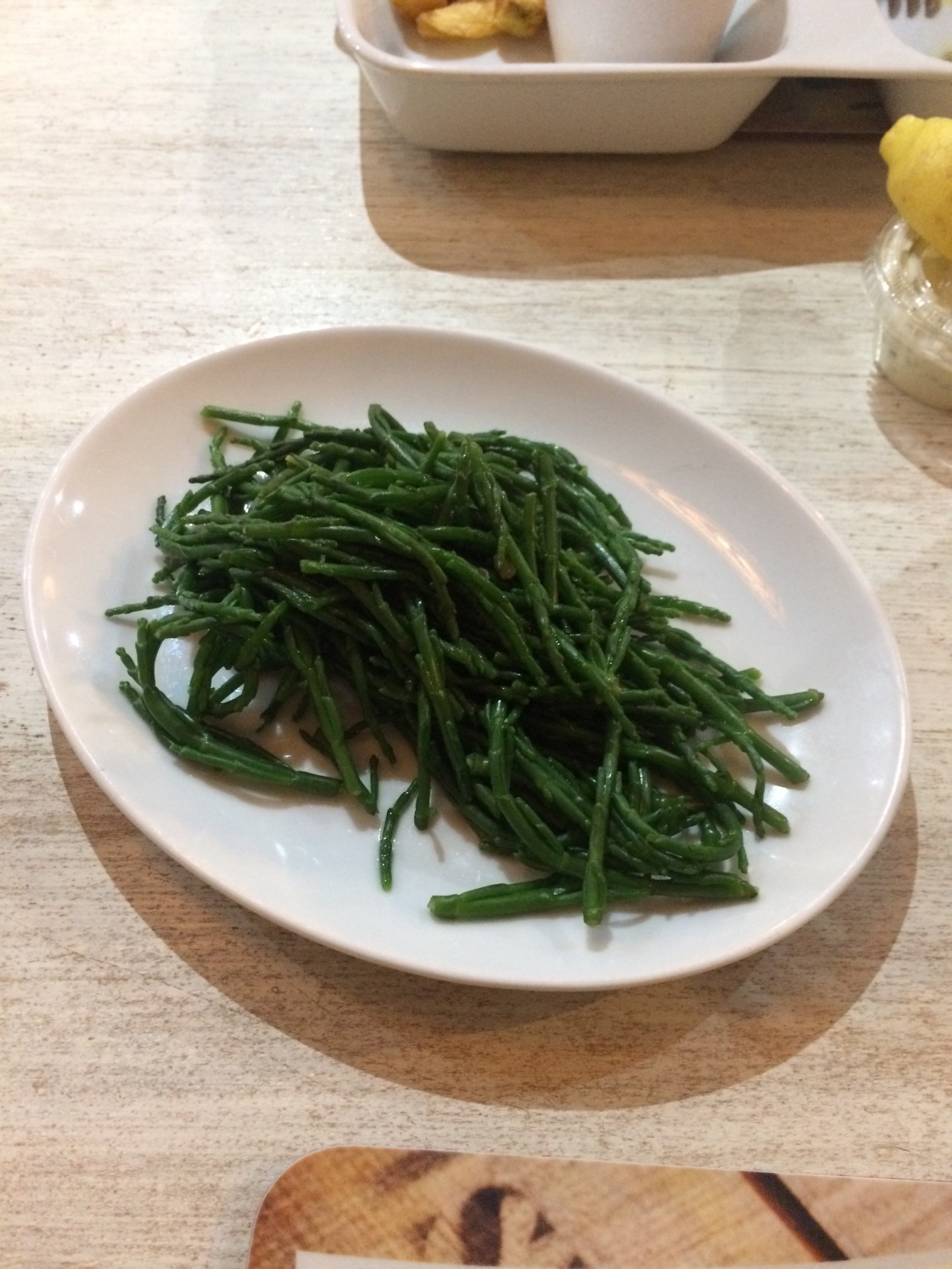 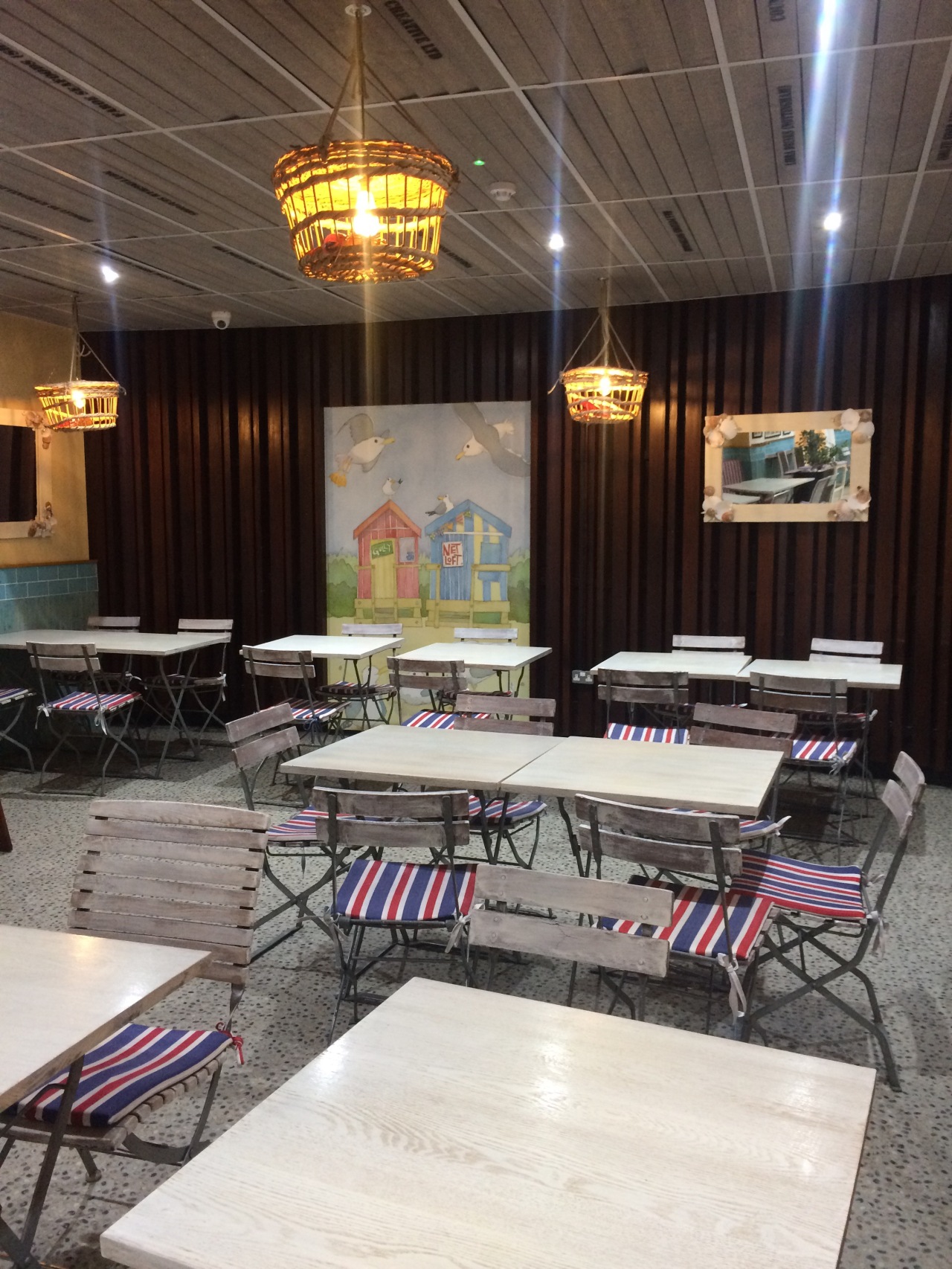 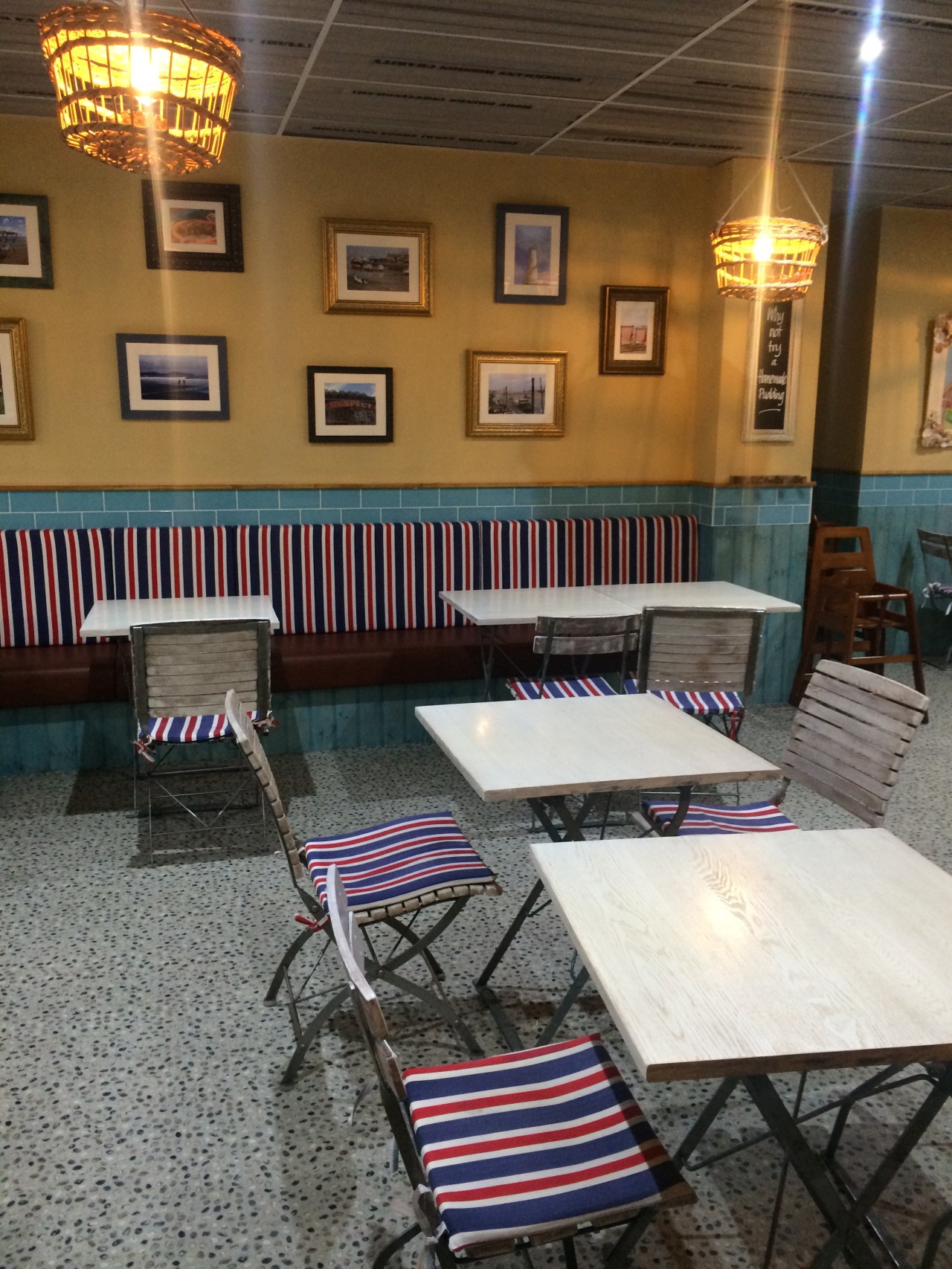 Even the sweets that came with our bill were seaside-themed! 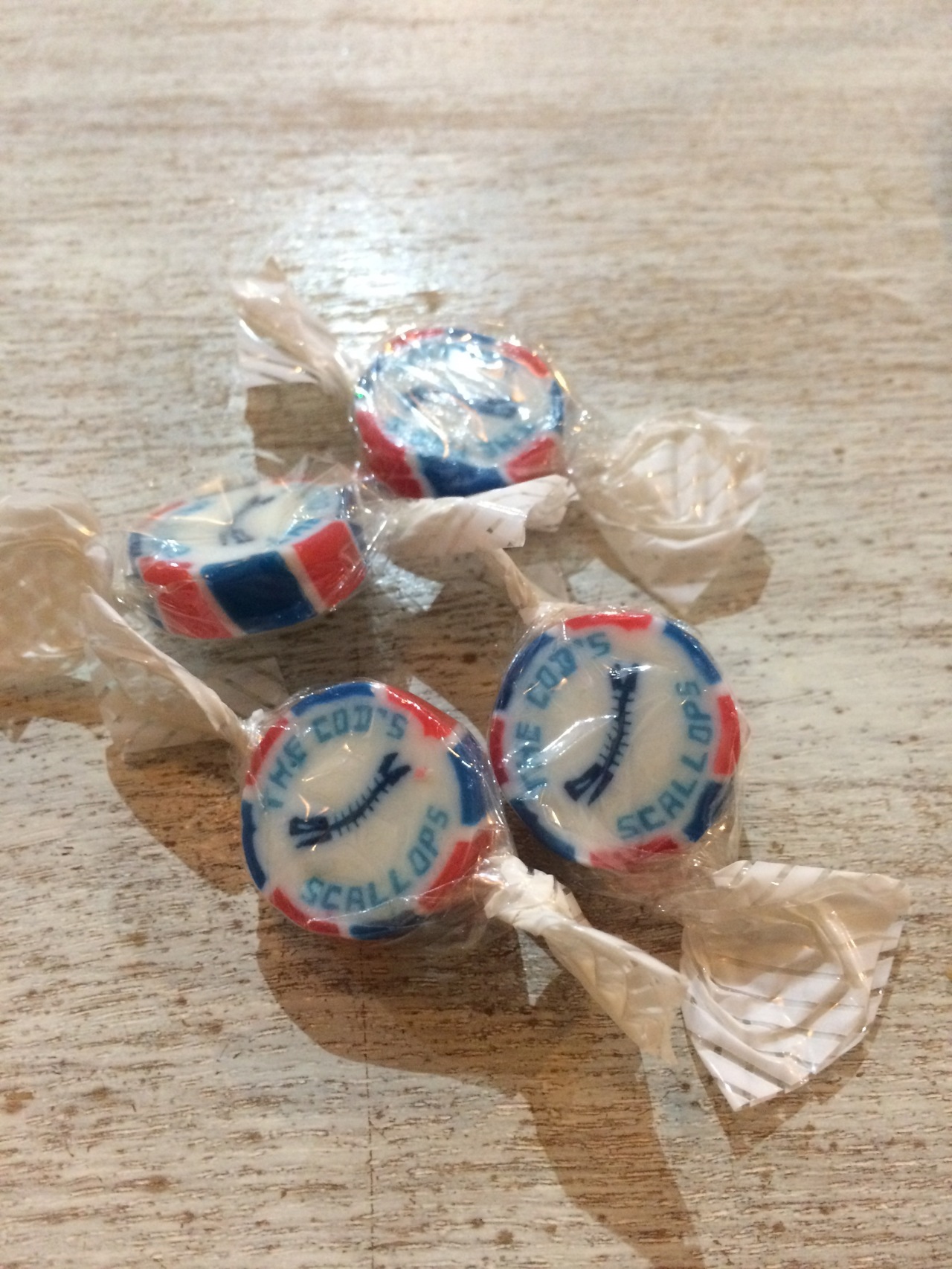 The Cod’s Scallops is a great place for a really casual lunch dinner with friends, and being able to have your fish & seafood baked makes a lovely change to having it battered (and makes you feel less guilty too!) Every member of staff we encountered were so friendly and helped us with our meal choices, making recommendations if we’d chosen anything that had sold out. Definitely a place to return to!