Ever since a conversation with a French sommelier at Ormeggio at the Spit about dessert wine, I have wanted to visit Chateau d’Yquem. It was only in February this year that the Chateau opened its doors up to the public – before this you could only visit if you were in the wine industry and arrangements were made by those in the know

During a recent trip to stay with friends who live in the Charante region of France, we decided to book a tour of the Chateau – only a 2 hour drive away. Early on a drizzly autumn Saturday morning, we hopped in the car armed with coffee & croissants and began our journey

The Sat Nav directed us to the perimeter of the estate but as there aren’t any signs (apparently people steal them as souveneirs!) it is not the easiest place to find. With a little guidance over the phone, we eventually came to the main gates and drove down the gravel driveway 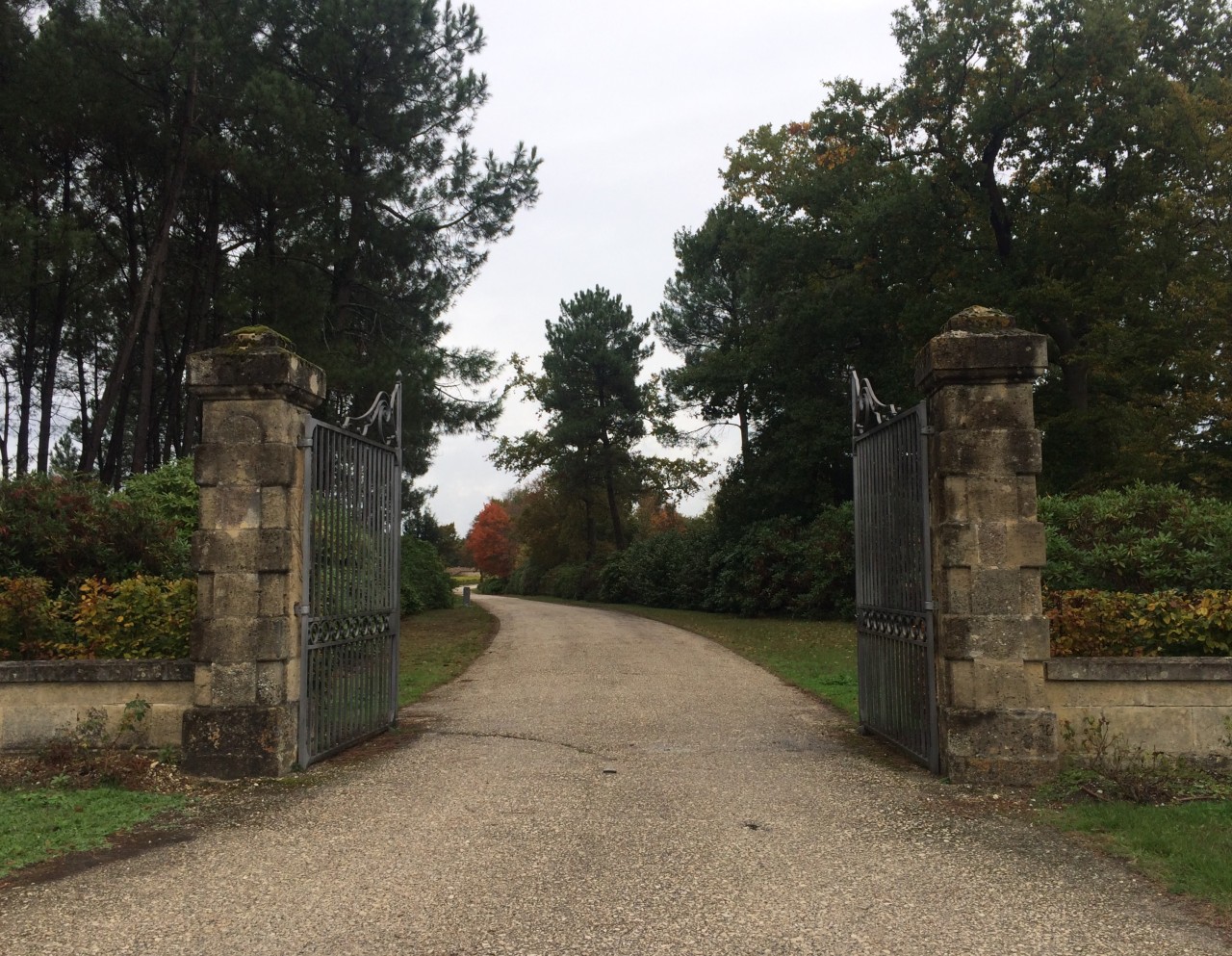 Parking up next to the vines, we made our way through the entrance courtyard where we were met by our guide and shown through to the waiting room, adorned with the Chateau d’Yquem crest

What I hadn’t realised when booking was that each tour is completely private, so whether you’re a couple like us or a group of 10, once you book your slot no-one else can book to join you – it does make the visit feel that bit more special 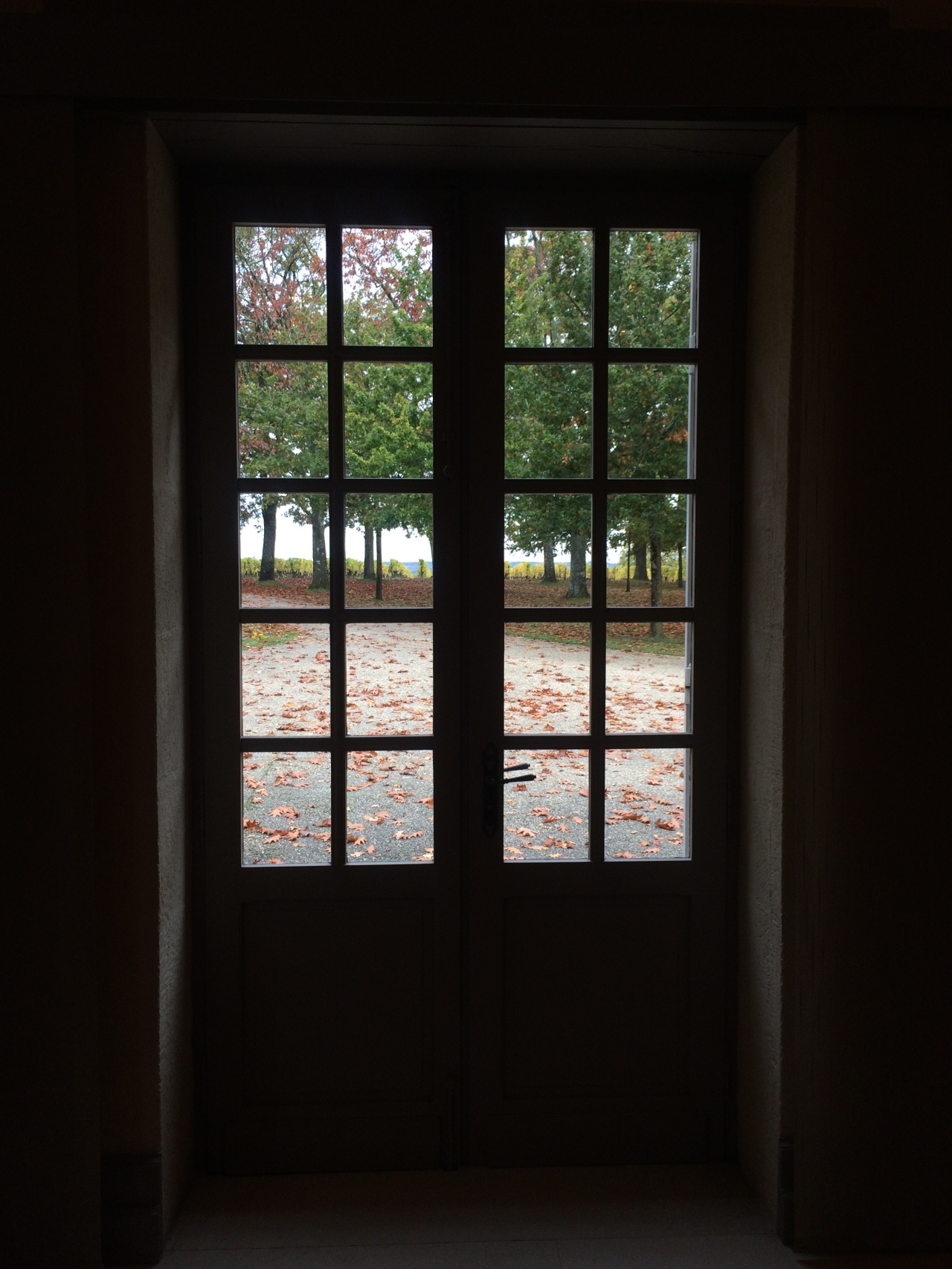 Through the double doors and out the other side, we were met by the stunning Chateau

We were taken through into the courtyard and our guide told us about the Chateau itself. Different parts were built at different times – the oldest dating back to the 16th Century. Once home to the Sauvage family, it is now used for storage and private functions 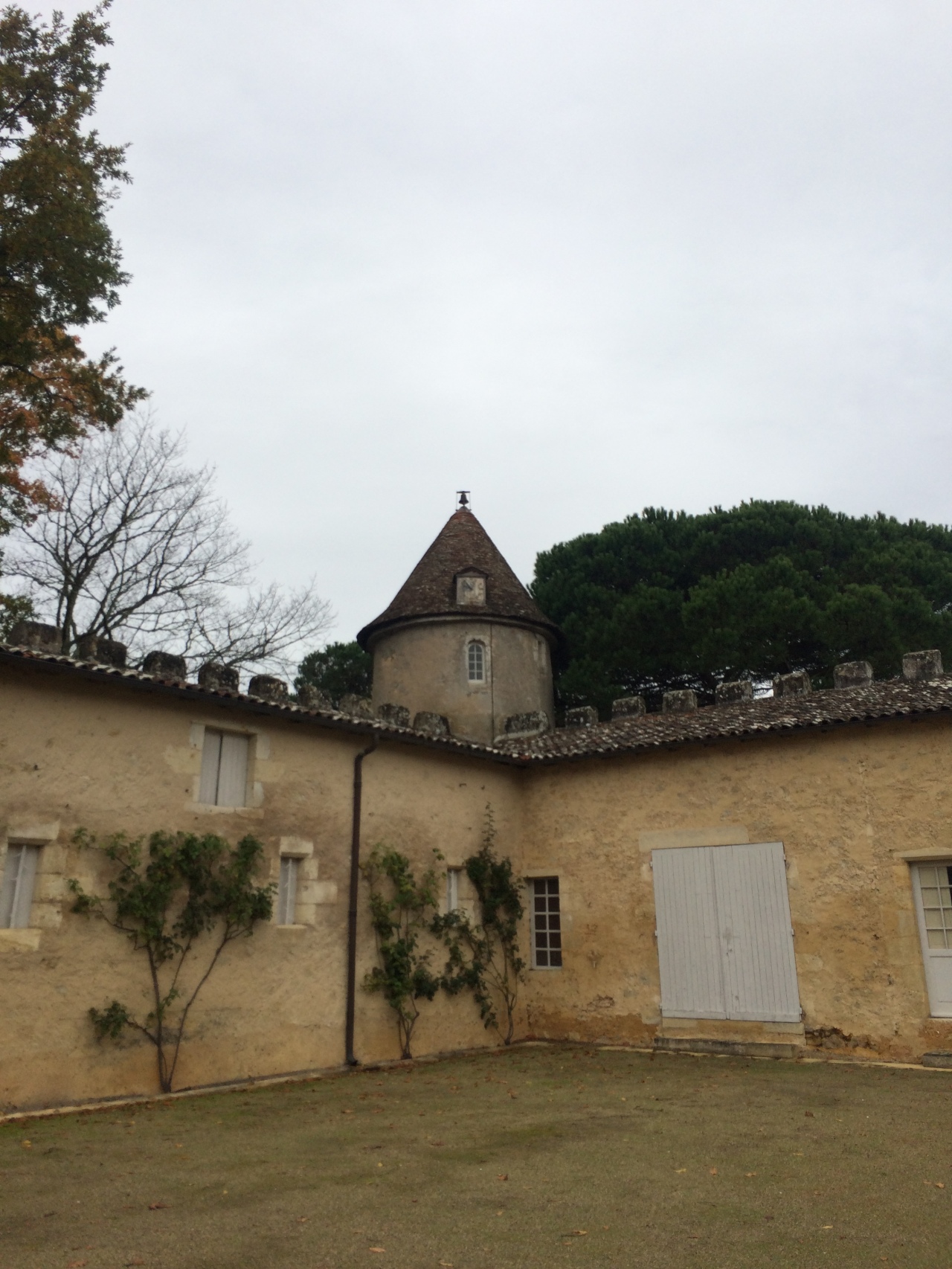 The lady you see below is a very important character in the history of the Chateau – Francoise Josephine de Sauvage was just 17 when she married Count Louis Amedee de Lur-Saluces, and when he died 3 years later in a riding accident, she was left in charge of the estate. She had to prove that the estate was bought and owned by her family in order to keep it – she not only achieved this but did so during the French Revolution, living at the Chateau until she was 83

As it was still drizzling a little, we took shelter under a large chestnut tree – quite a special one in fact as it was planted by soldiers during the first World War when the Chateau was used as a medical centre

The Chateau is surrounded in all directions by vines, and as you can see from the map below, the vineyards are divided into different sections, all planted in different years. They grow around 70% Semillon grapes and 30% Sauvignon – the approximate percentage blend that is used to produce each bottle

The vines in the orange and dark green sections are those that are used to create new vines – experts use cuttings from the old vines to produce the new vines. It was interesting that after approximately 45 years the vines are completely removed from certain areas, the ground is seeded with flowers for a year or two and after that newly grown vines are planted 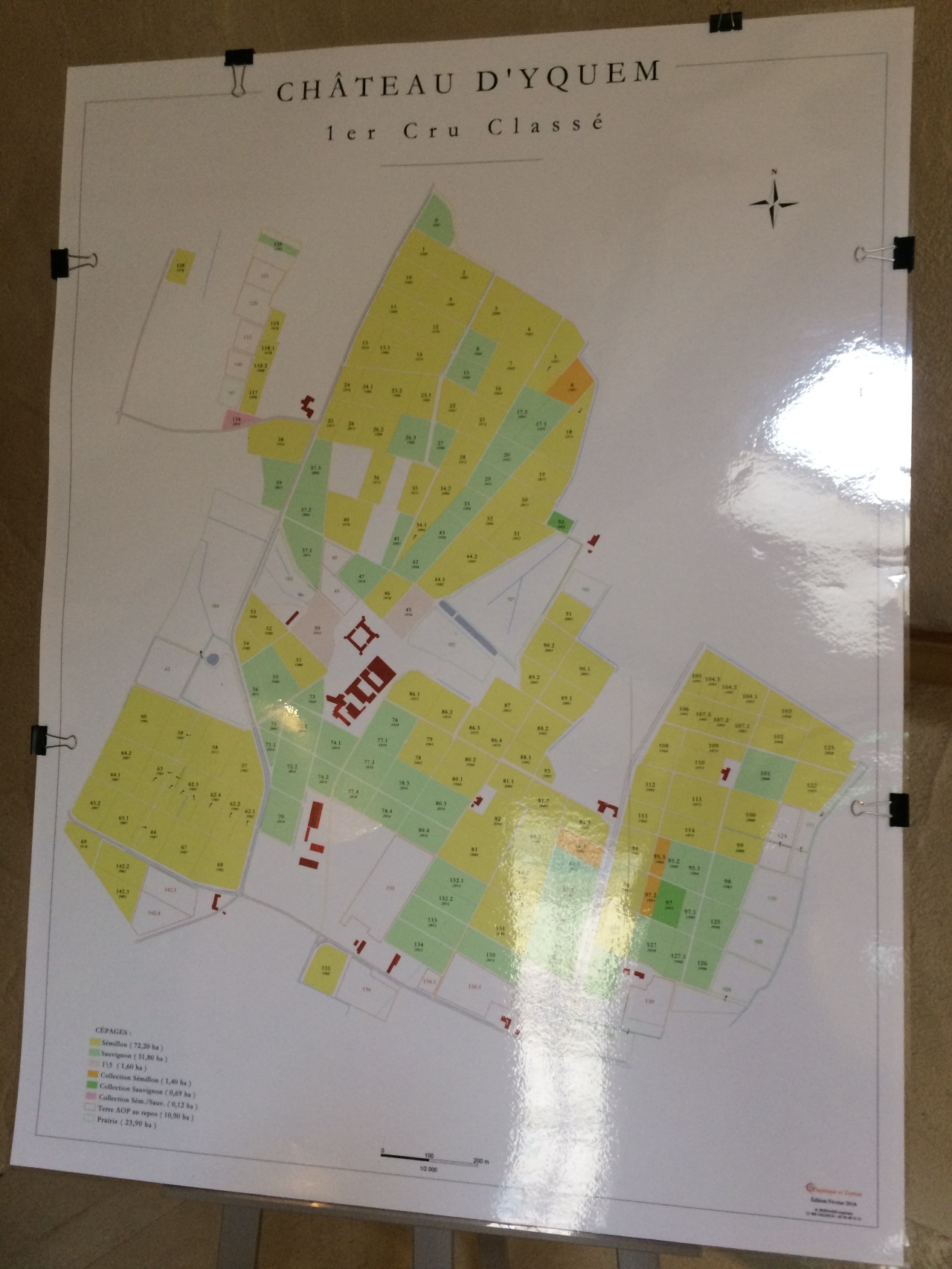 As the last of the year’s grapes had been picked the day before, our guide used photos to show us the different stages – first are the young grapes, golden in colour

The grapes are then attacked by a ‘good’ fungus – Botrytis cinerea or ‘Noble Rot’. The Noble Rot is what gives the grapes their sweetness and turns them a dark purple. When the harvest begins in September, only those grapes with Noble Rot are picked, leaving all other grapes on the vine. This process is then repeated over several weeks, picking only the grapes that are ready, until the end of harvest

All of the grapes here are picked by hand and local people are brought in to help with the harvest, mainly retirees, and the Chateau aims to use the same people each year for consistancy. The harvest is long – it starts in September and ends in November – in fact we missed the end of it by just one day!

The grapes are collected in small hand-held baskets and are checked over by a supervisor as they go along to make sure they are up to scratch – the quality control at this stage is especially important as when the baskets are full they are emptied into large plastic containers on the back of tractors, and are taken straight to be pressed without any further checks

There are a few years where no Yquem has been produced at all, as the grapes were deemed not good enough – standards really are very high

The grapes are then taken directly to the pressing room where they are pressed three or four times, the sweetness of the wine increasing with each pressing. The initial blend is put into barrels where it will begin the fermentation process 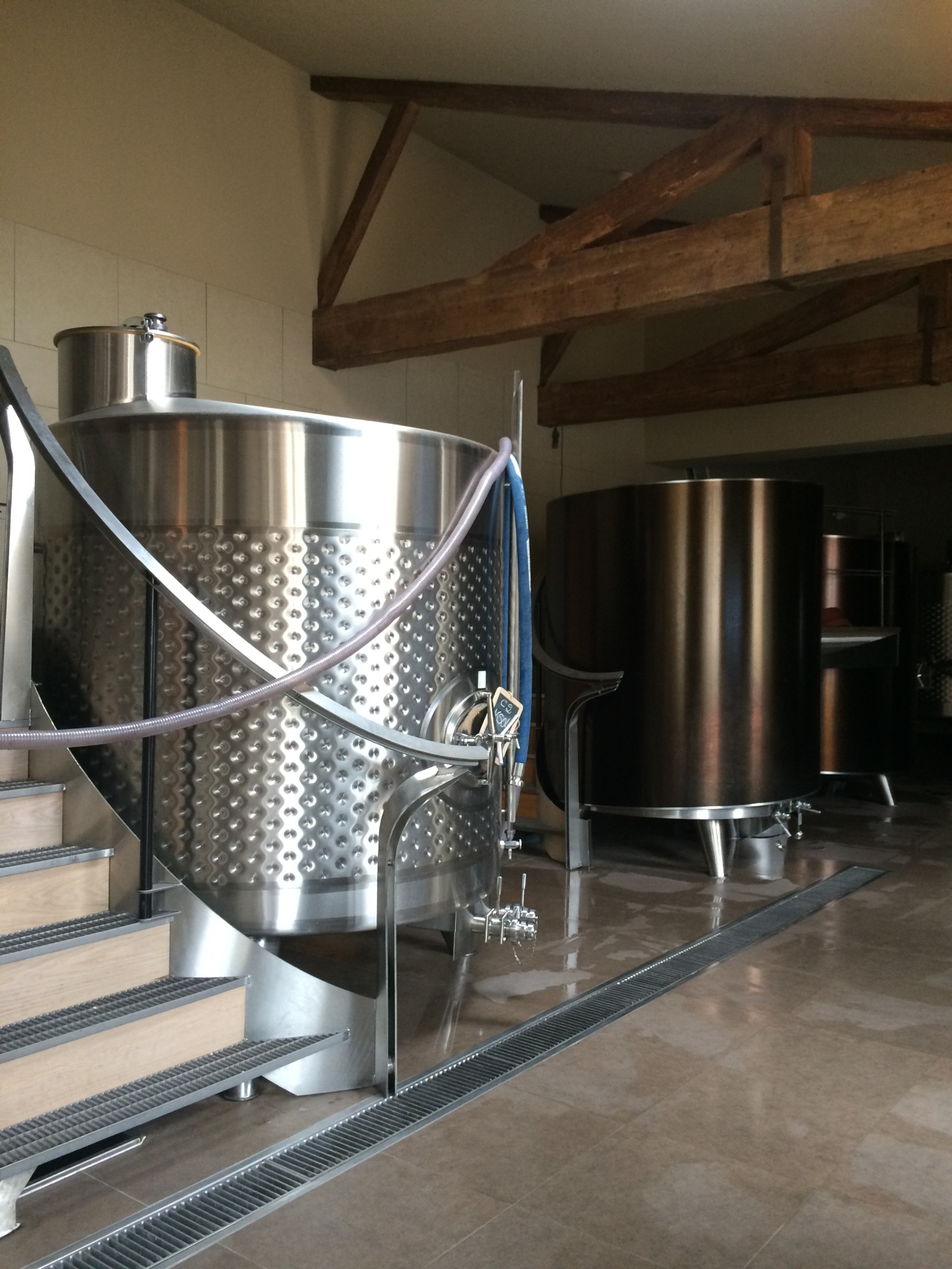 From the pressing room we were then taken into the barrel rooms where the barrels are stacked and stored behind glass for the first 5-6 months of the process. Only brand new oak barrels are used for Yquem, which is a contributing factor to its price. The barrels are made in France, and are from 5 different producers throughout the country. After the Yquem is bottled, the used barrels which are then no good for future Yquem can then be passed on to house the ‘Y’ wine

We were allowed into one of the barrel rooms where the newest Yquem was being stored. The room itself smelt like we’d just walked into a bakery – sweet and fruity like Christmas cake! Our guide removed the stopper from one of the barrels so we could have a listen – although it is not a fizzy wine, you can hear it fizzing away during the fermentation process 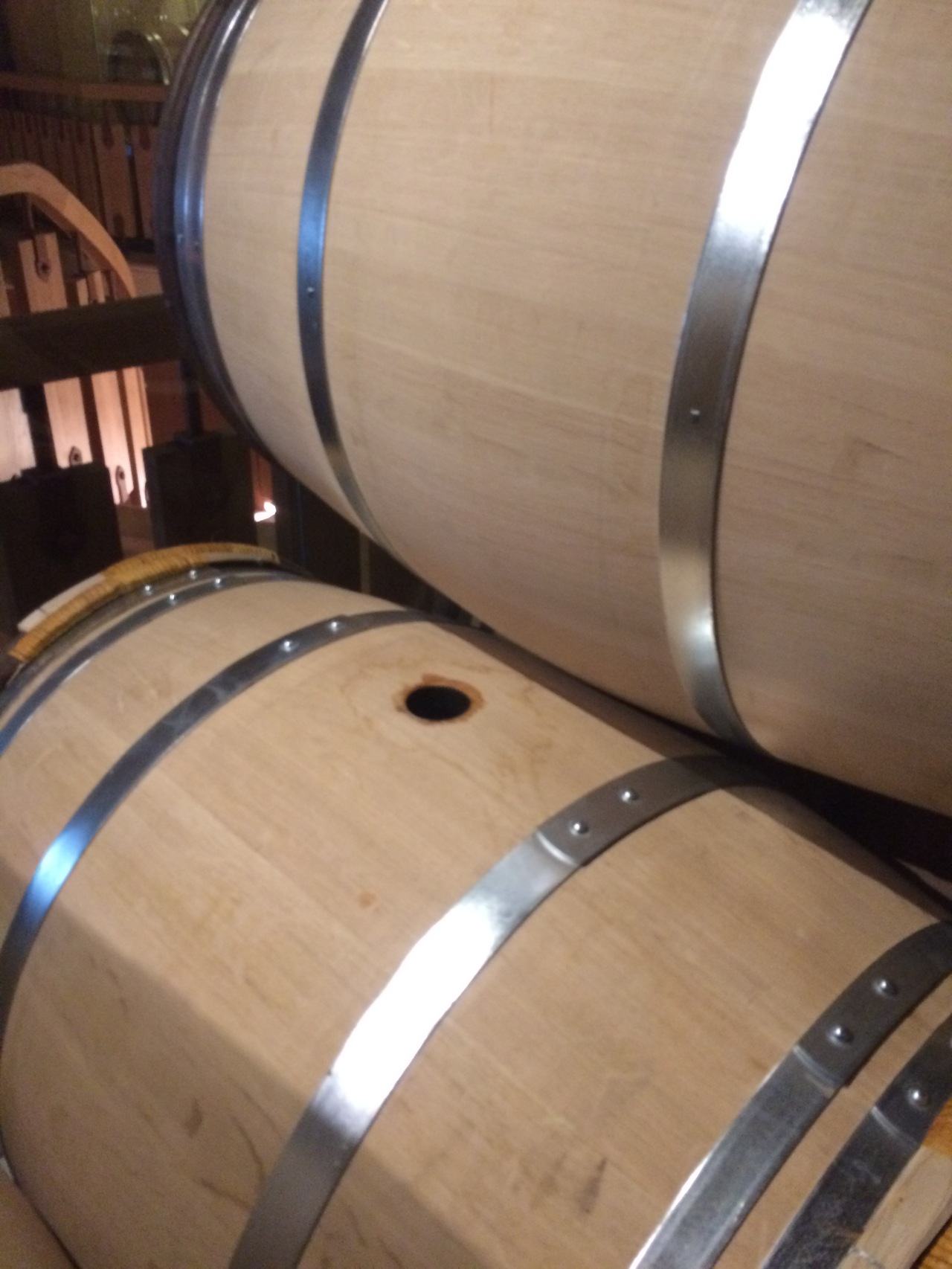 At the bottom of the stairs is the second much larger cellar – only built in 1987 – that houses the oak barrels for approximately 18 months before the wine is bottled. The testing and tasting processes continue down here too, again to ensure the highest possible quality. Only 10,000 bottles are produced each year

We headed back up the grand staircase and into the tasting room…. 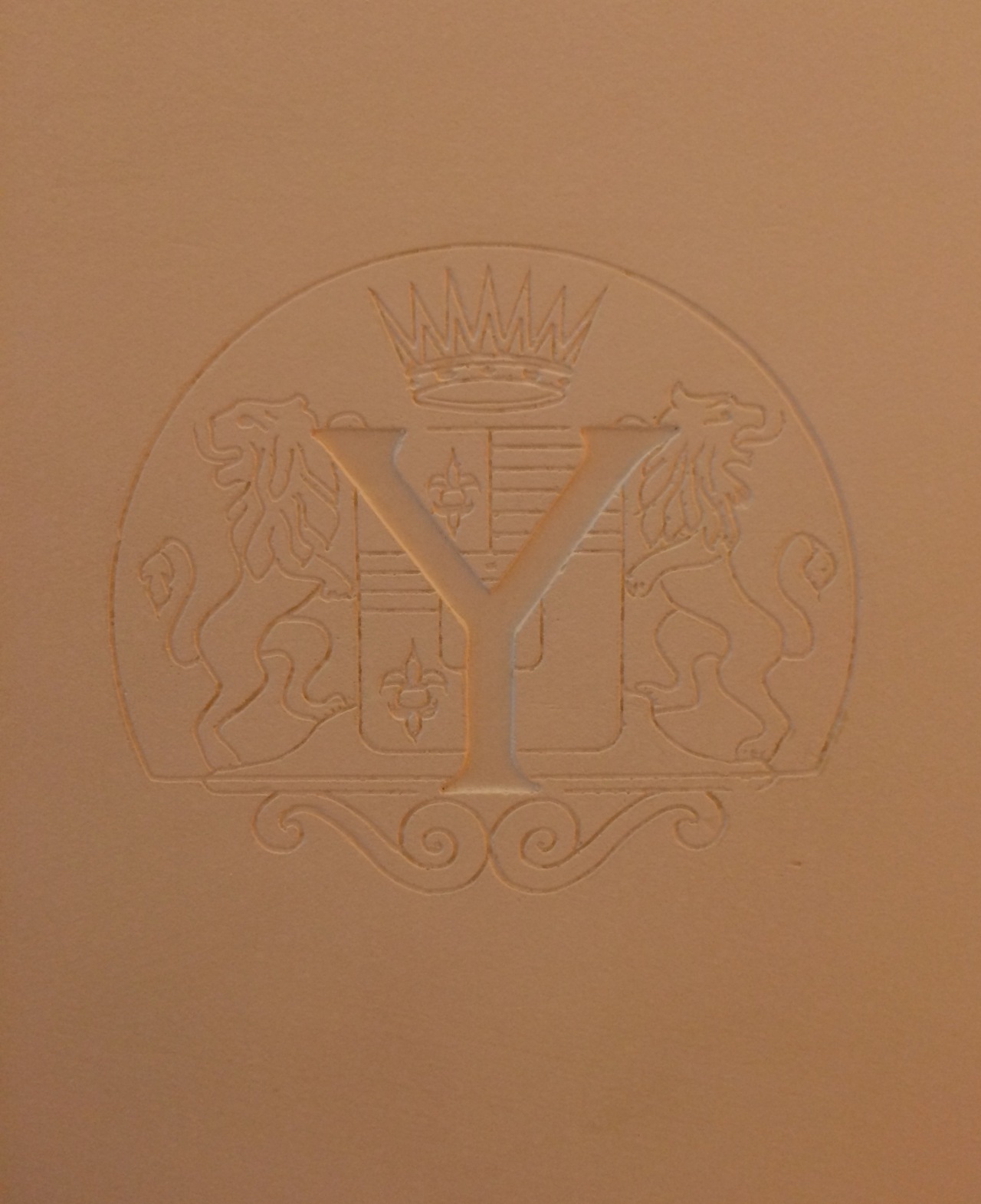 The first wine we tasted was the ‘Y’, a slightly dry white wine produced using the grapes that were deemed not quite good enough to be used to make the Yquem. This wine is labelled as ‘Bordeaux’ as it is not sweet. The Y was light, crisp and refreshing, and as you can see, very pale. It was perhaps a little dry for my tastes but pleasant none the less

Now onto what we’d been waiting for – a taste of Chateau d’Yquem. We were presented with a 2010 vintage which was a beautiful golden honey colour. Each vintage differs in colour, although no-one is sure why there can be such variations between years. The wine was incredibly smooth, with a sweet, syrupy, apricot flavour. I was suprised at how light it was despite its sweetness, however I was not surprised that it was the best sweet wine I’ve ever tasted. I would love to try more vintages and taste the variations between years but I don’t think my bank balance would allow! 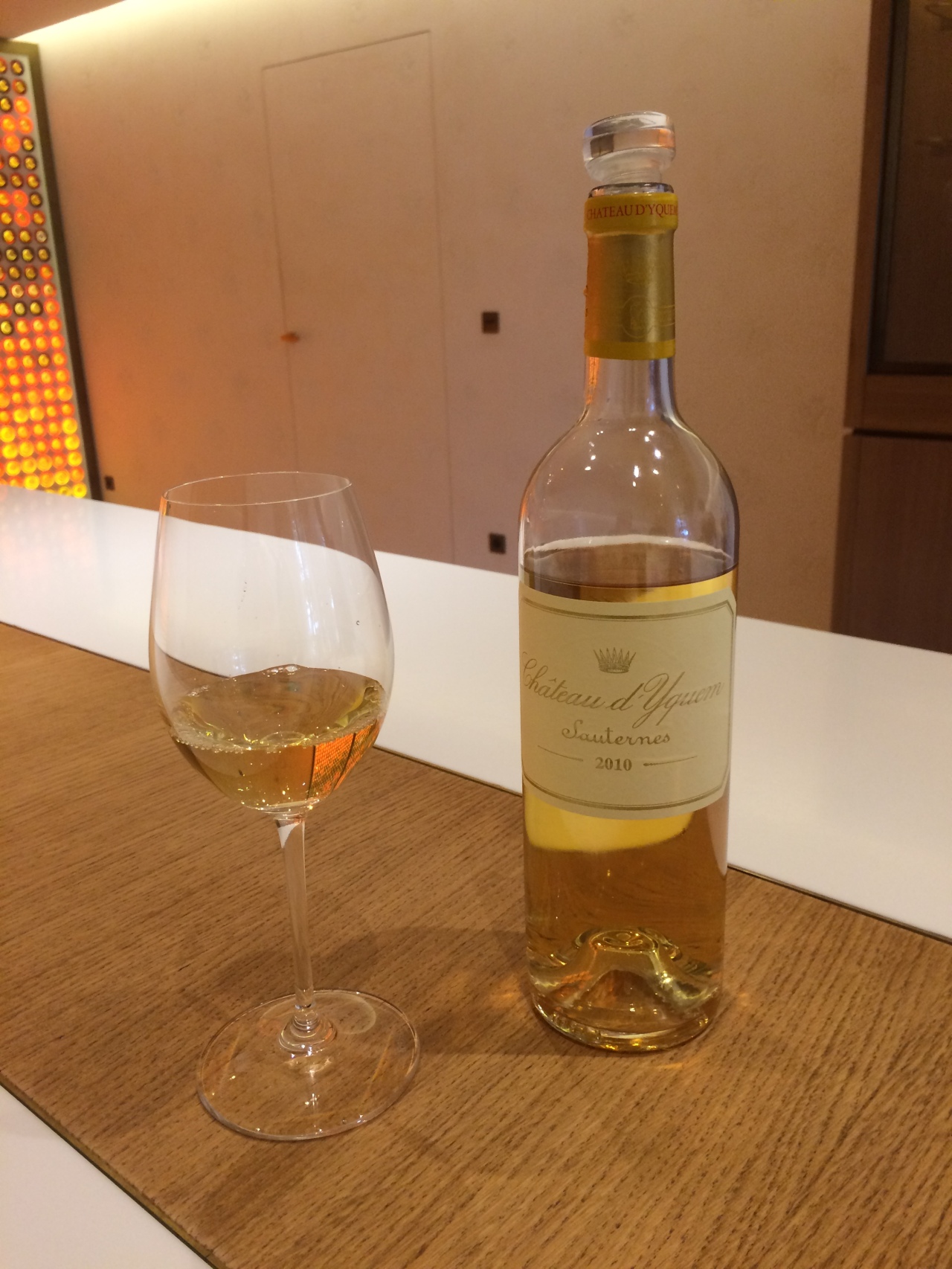 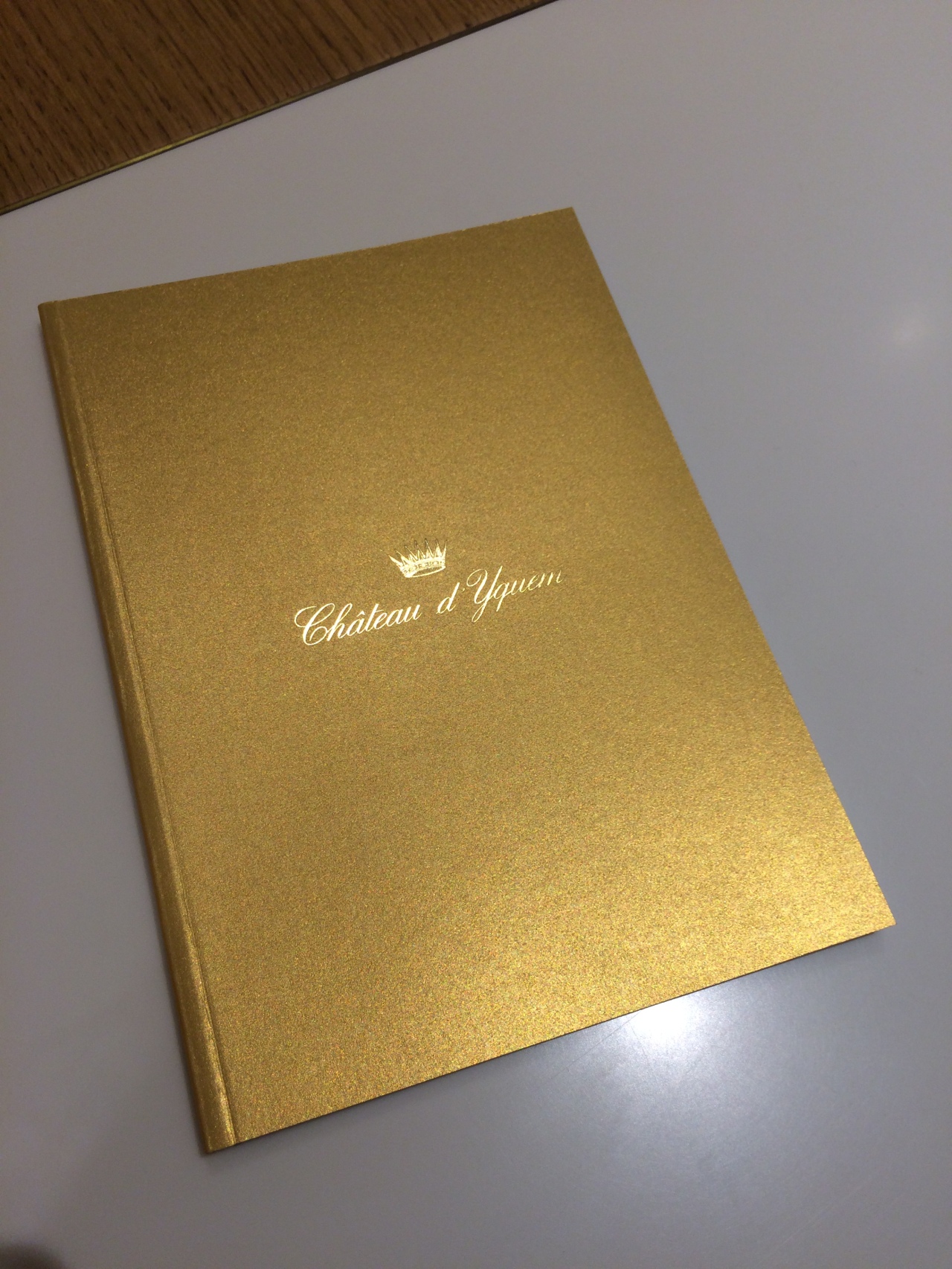 Following the tasting, there’s a small shop at the end of the tour where you can purchase half and full bottles of some of the more recent vintages

There may or may not have been a cheeky purchase… 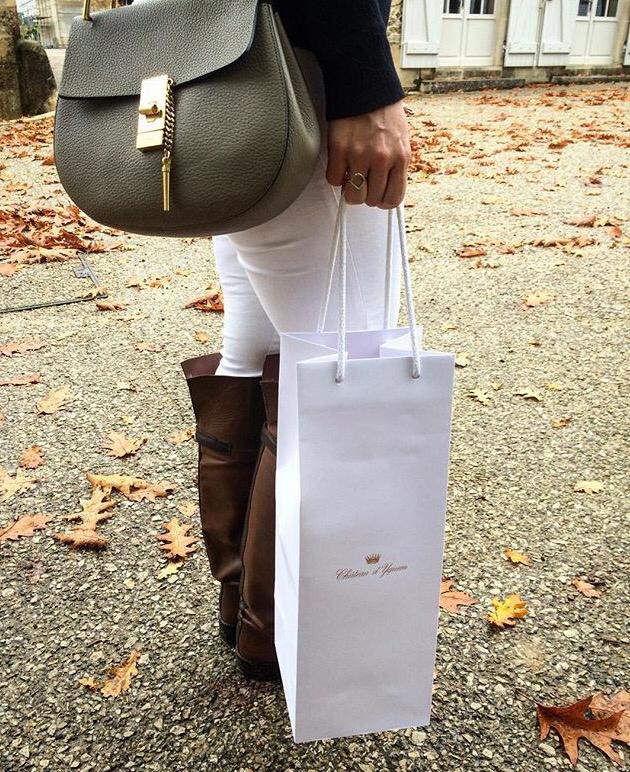 Definitely one to store for a special occasion! 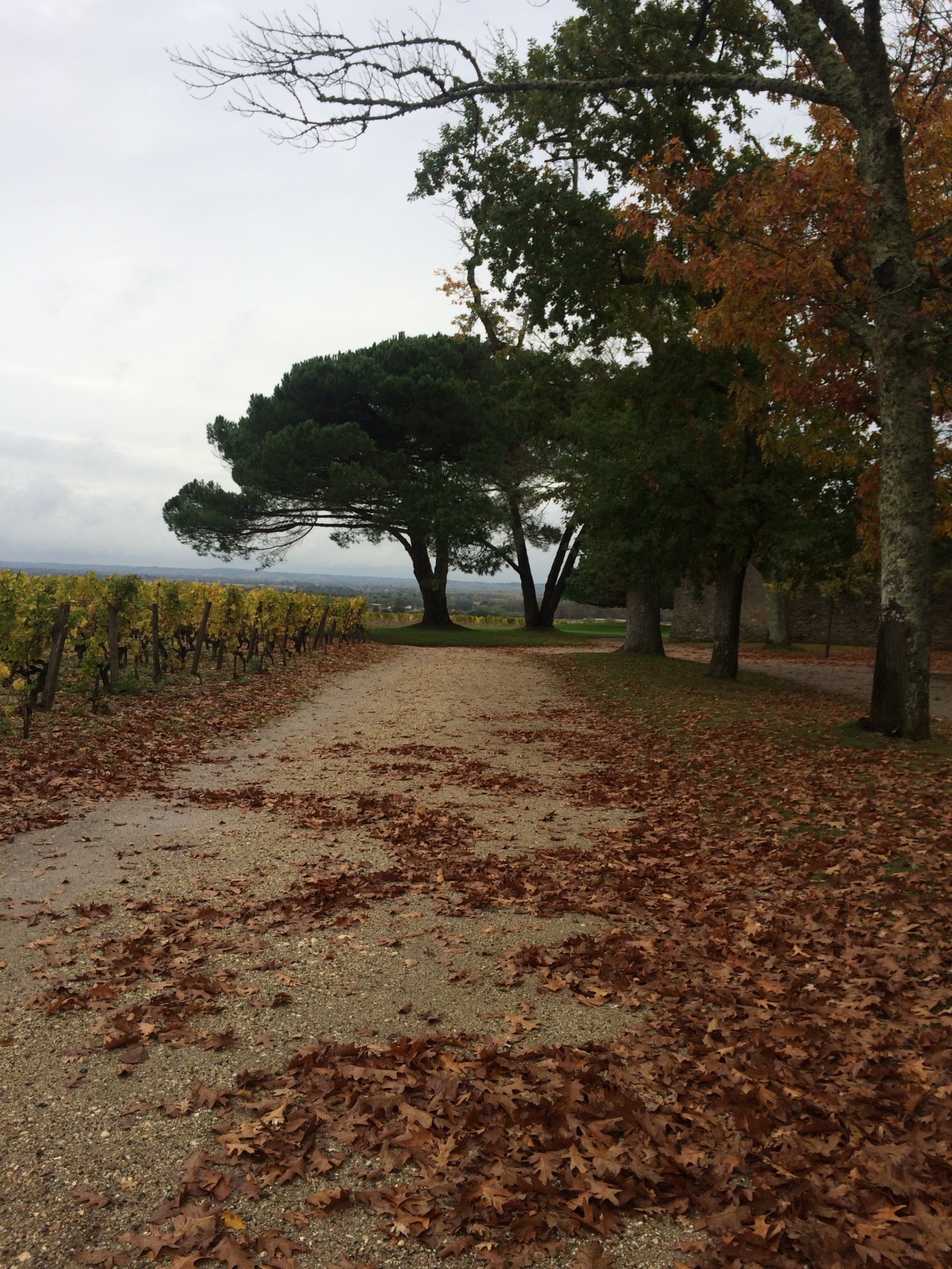 Our tour began at 10:30am and lasted around 90 minutes – perfect timing to head off for lunch…