After the launch of the newly re-vamped roof terrace at Pitcher & Piano (see my post here), we though it a good idea to make a reservation for dinner. We settled on Lorentes which is a small tapas bar located on Friar Gate in Derby, just down the road from P&P. We have visited a few times before and with the owners being Spanish you get a really authentic experience. The restaurant is no-frills but I think that makes it nicer!

On such a lovely evening it felt like we were practicing for our upcoming trip to Barcelona so we fully committed to the Spanish theme with Estrella & sangria. The sangria is fab and available by the half jug & full jug, although I would also like to see it by the glass in case you were only having one drink. 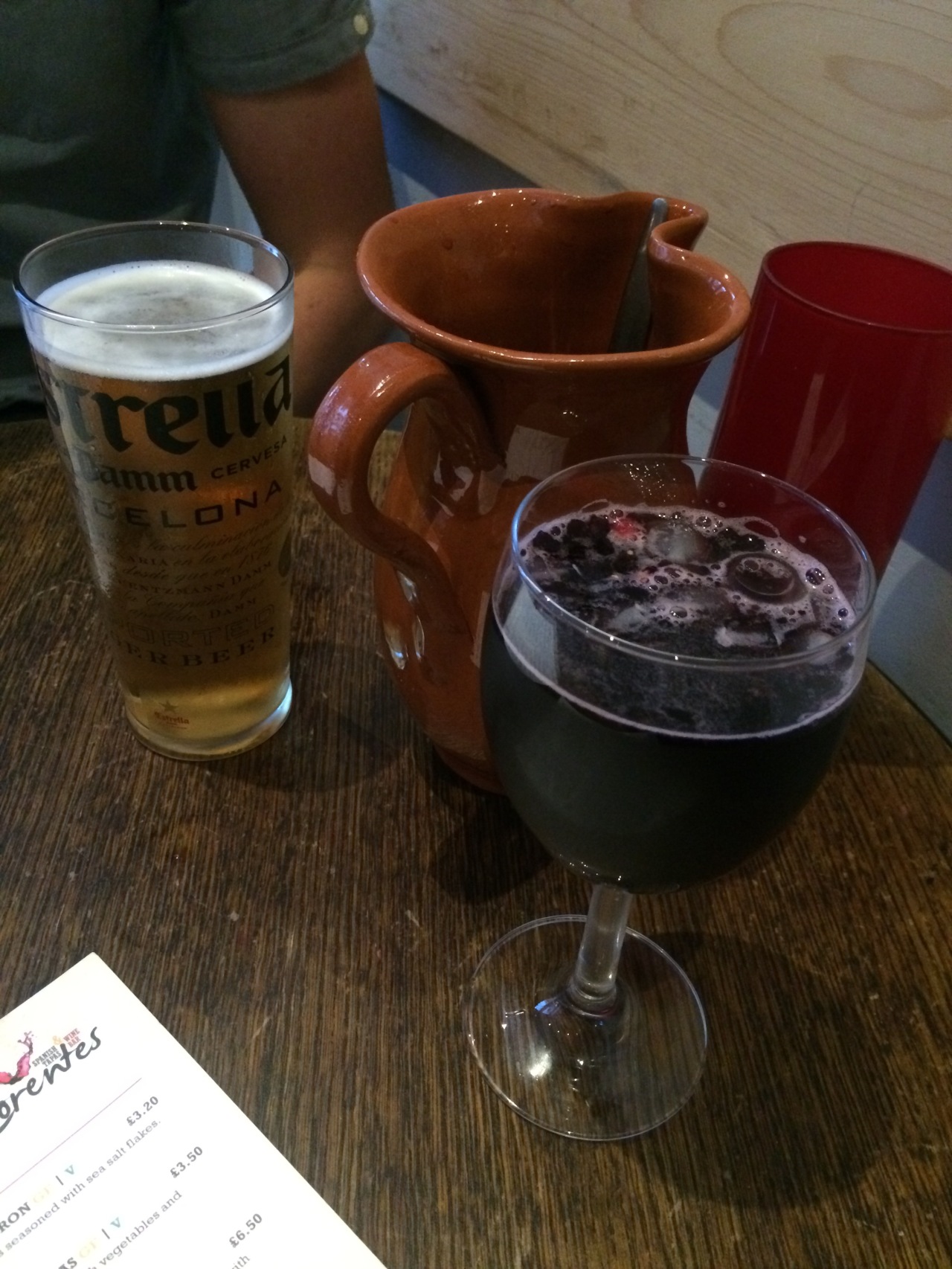 There’s a really good range of dishes on the menu – lots you will have heard of before such as albondigas & patatas bravas, and some such as carrillera iberica (braised pork cheeks) and rabo de toro (slow cooked off the bone oxtail) that you may not have

I hate having to choose tapas as I always want one of everything, but we eventually we made our choices!

First out was the freshly sliced Serrano ham – I am a little ashamed to say that this was practically inhaled! Salty rich ham that just melted in your mouth

Albondigas – marinated meatballs served with mushrooms, peas and more of that lovely Serrano ham. The meatballs were moist and topped with a meaty sauce

So we didn’t waste any of the delicious albondigas sauce, we asked for some bread, which arrived a few minutes later, still warm and fresh out of the oven! It was served with a tomato salsa which was a nice touch

Next up was a dish that I am just addicted to – patatas alioli. I will always choose this over patatas bravas if given the choice. Beautifully cooked chunks of potato that had a crisp outer & fluffy inner, topped with SUPER garlicky alioli. A match made in heaven!

Then we had the tosta de morcilla – toast topped with Burgos rice, black pudding, cheese & caramelised onion. This was fab – the morcilla is so soft and is a great combo paired with the sweet onion & cheese

And last up was the brocheta de pollo – chicken & courgette skewers with a garlic sauce – very tasty indeed. I only realised when looking back at these pictures that we also ordered one of my all time faves, the chorizo a la miel but with everything else we had we had completely forgotten we were a dish missing! May also have been something to do with the sangria… 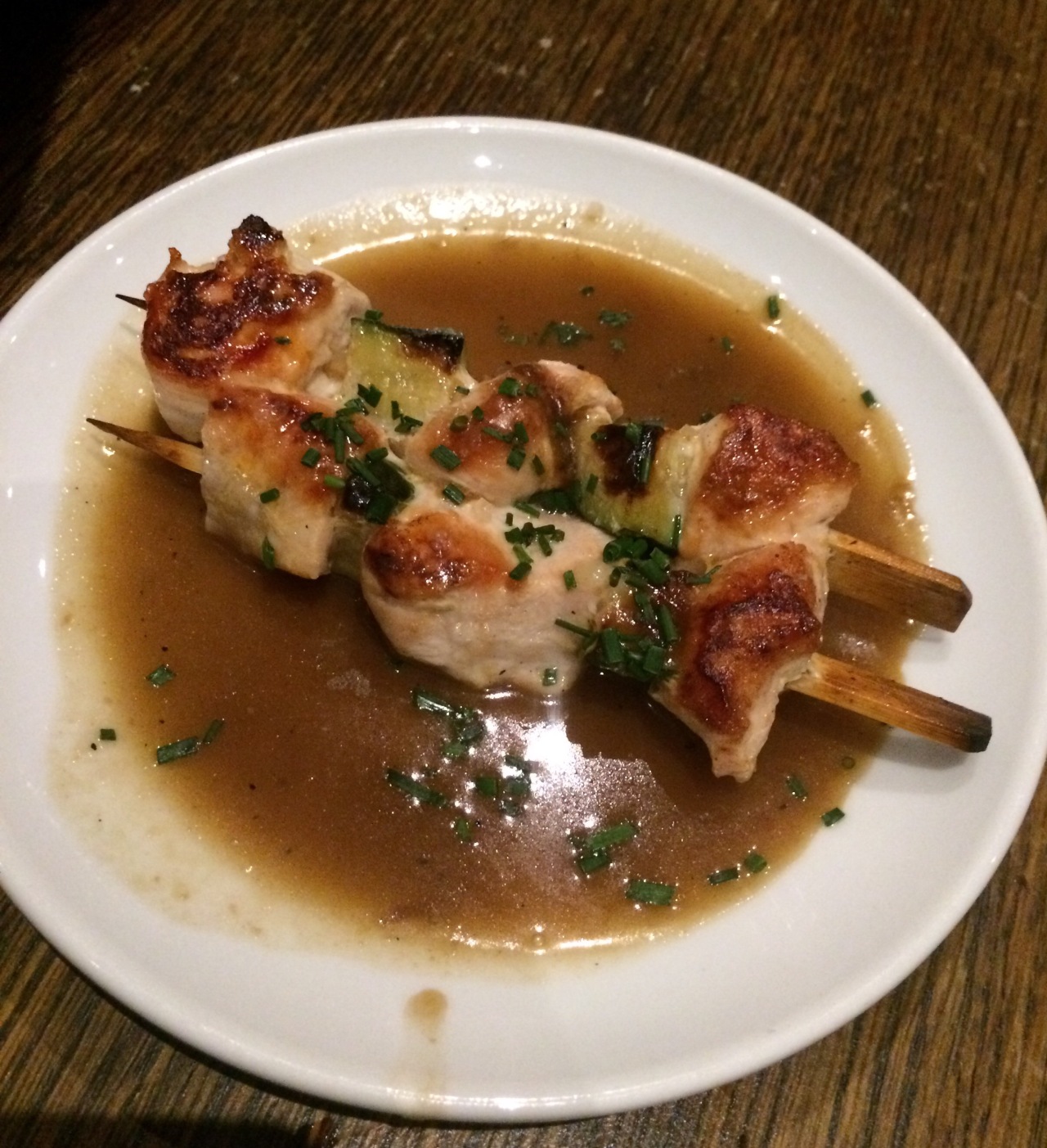 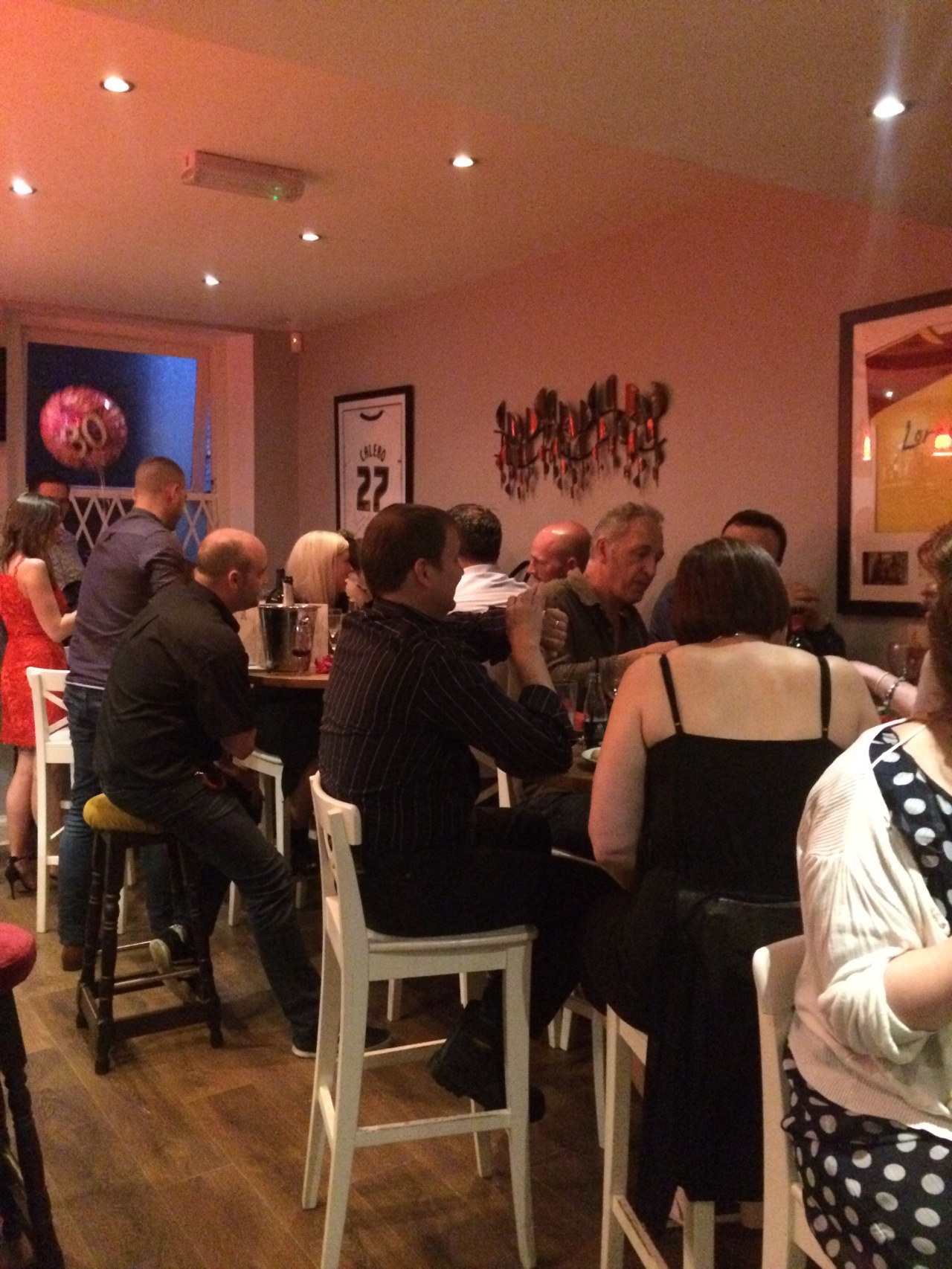 I don’t think I’ve ever seen Lorentes when it’s not full – if you ever pop by on the off chance of getting a table it’s very rare they’ll have space so I would ALWAYS advise booking so you’re not disappointed!

I would highly recommended a visit – and everyone I know that’s ever visited would agree! Just don’t pinch my table, ok!